The Bridestory Blog’s 12 Most Favorite Pre-Weddings of 2017

Here in Bridestory, we always love a good pre-wedding photo shoot. They don't only fill us with warmth, but also provide inspiration and fresh ideas on how you can creatively create an engagement shoot that reflects your personality and character.

Today, we are giving a shout out to these beautiful projects by presenting you, in no particular order, 12 of the most favorite pre-weddings of 2017. Each of the projects have something special to it and whatever kind of bride you are, traditional or modern, romantic or adventurous, surely you will find something you fancy from the bunch. Scroll right down to see them, one of them could even be yours! Inspired by vintage portraits of their ancestors, Ade and Rama wanted to have simple yet timeless pre-wedding photos that their grandchildren would still appreciate many years from now. Along with talented photographer, Raditya Bramantya, they headed to an antique private residence in Yogyakarta and create a magnificent pre-wedding album.

Lydia and Ronald had planned a grand wedding with thousands of guests in Jakarta. But deep down inside, they actually yearned for an intimate celebration attended by only their closest friends and family. To fulfill at least part of that dream, the couple flew out to Bali and did an elopement-inspired photo session loosely based on Beauty and the Beast, Ronald's favorite movie. Set on a beach, read the full article to see more photos of the beautiful project! A Romantic Engagement Session in Italy Shot on Film

Freda and Leo had no specific concept for their pre-wedding photo shoot; the only thing they wanted was to have their moments captured on film. With Bali-based film photographer, Angga Permana, the couple started their journey in Florence and ended it in Vatican City, visiting other beautiful landmarks in between. Visit the full article to see more photos from the album! A Timeless Film Pre-Wedding Photo Shoot with a Rustic Feel

After deciding on a wedding date, William and Agnes soon planned a rustic-themed engagement session. As the couple wanted an elegant, classy and timeless pre-wedding album, they finally picked charming spots in Kemang and Old Town district of Jakarta as their backdrop. However so, we're sure that after looking at the whole album, you can easily think that they had taken the shots abroad. 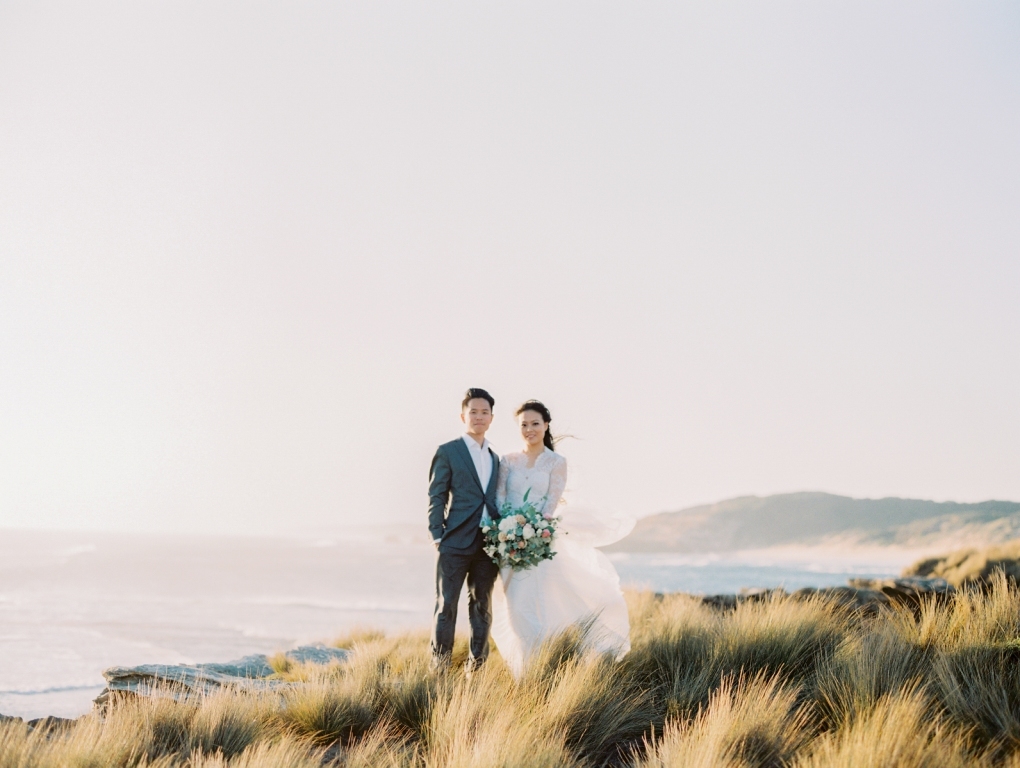 Shin and Jason chose the Mornington Peninsula Coast, south of Melbourne, Australia for their engagement session location. The bride, Shin, specifically chose this location as its beauty reminded her of the miracle of how Jason's life and hers intertwined. The lovely couple even formed a memorable bond with their photographer, Sally Pinera and her husband Robert. Read the whole story to find out what happened! After a romantic proposal, Hani and Rio embarked on a journey to Sumba to capture their pre-wedding moments. They went to five scenic spots, one of which was a 200-year-old traditional house in Renda Village which kept embalmed bodies inside of it. Who knew that a house filled with corpses can be such a beautiful pre-wedding location? Read the full article to see more beautiful shots from the scenic album! A Beachside Engagement Shoot with Bright Flowers in Phuket

Two days before their wedding in Phuket, Thailand, Cartoon and Andre wanted to treat themselves to a beautiful engagement shoot by the beach. Taking inspiration from their bohemian wedding theme, Cartoon and Andre decided on a simple photo shoot concept that shared similar decorative elements. And the results? Bright and bold florals successfully brought a Bohemian feel, even to such a simple shoot. The pair drew inspiration from their grandparents' cultural heritage for the pre-wedding photo shoot. As Keisha is half-Balinese and Roy is half-peranakan, the couple prepared two different concepts for the photo shoot. Curious to see how it turned out? See the full feature for more photos of the eclectic album!

A Casual Pre-Wedding Shoot with An Artistic Touch in Japan

This couple loved Japan and its artistic landmarks. So for their pre-wedding photo shoot, Nathalia and Ricky chose the places they want as their photo locations themselves, as if they were just going on a holiday together. Elegant, modern, casual and playful, this album is the best of each world combined.

This eclectic photo shoot happened with the help of the couple's dear friends. The photographer is their college friend and the stylist happens to be the bride's work mate. Aside from preparing the attires, Chyndar and Daniel along with the team also put up the beautiful set decoration themselves! Such a great DIY inspiration, do you agree? 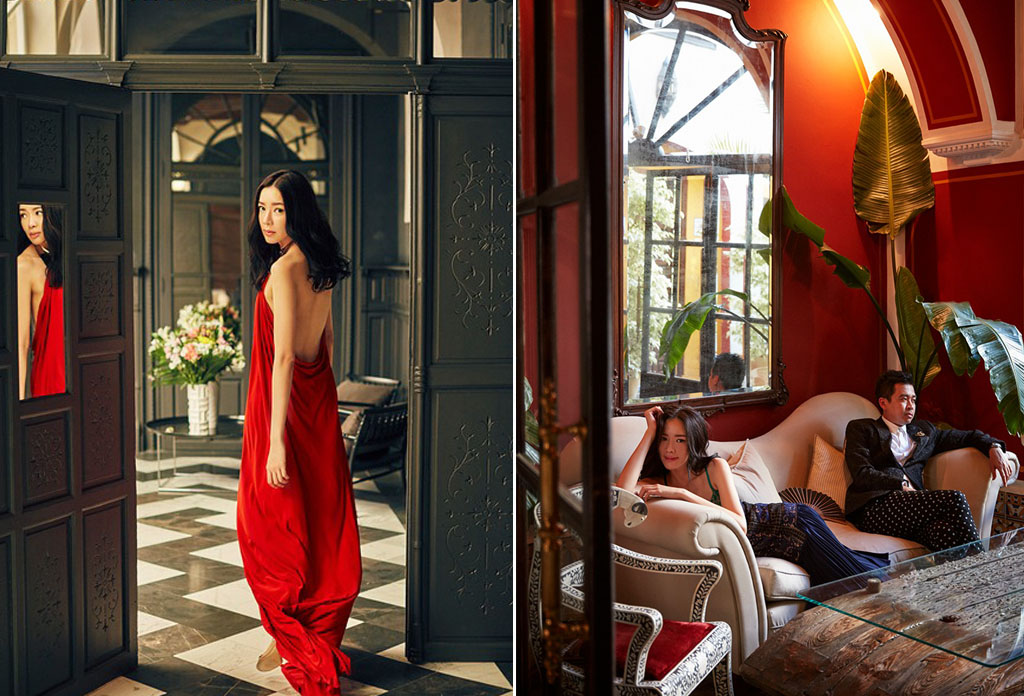 Weaving together elements, creating compositions and bringing out the couple's distinctive charm, Karen & Victor's photo shoot was perfectly executed in a fashionable manner. They made use of everything Spain has to offer to tell their love story, showing their undeniable chemistry and beauty with every frame. Want to see more photos? Click on the link above to see the full feature!

A Traditional Balinese Pre-Wedding Inspired by The 1930s

Sally and Tutde's pre-wedding photo shoot was a reconstruction of the 1930s era in Bali as the couple felt that the approach represents them best. They decided to call the project 'Mekenyem Sube Biase' which literally means 'Smiling is Common'. Since smiling was not the standard expression in olden days' photographs, all of Tutde and Sally's pre-wedding pictures have a still expression. An unusual approach to an engagement photo shoot indeed, but surely you can't deny its intriguing charm can you?

There you have it, 12 of our most favorite pre-wedding shoot in 2017. Which one of the bunch is your favorite? Or do you spot yours among them all? Tell us in the comments section below and don't forget to add photos you like to the inspiration board!