The Glorious Comeback of Film Photography 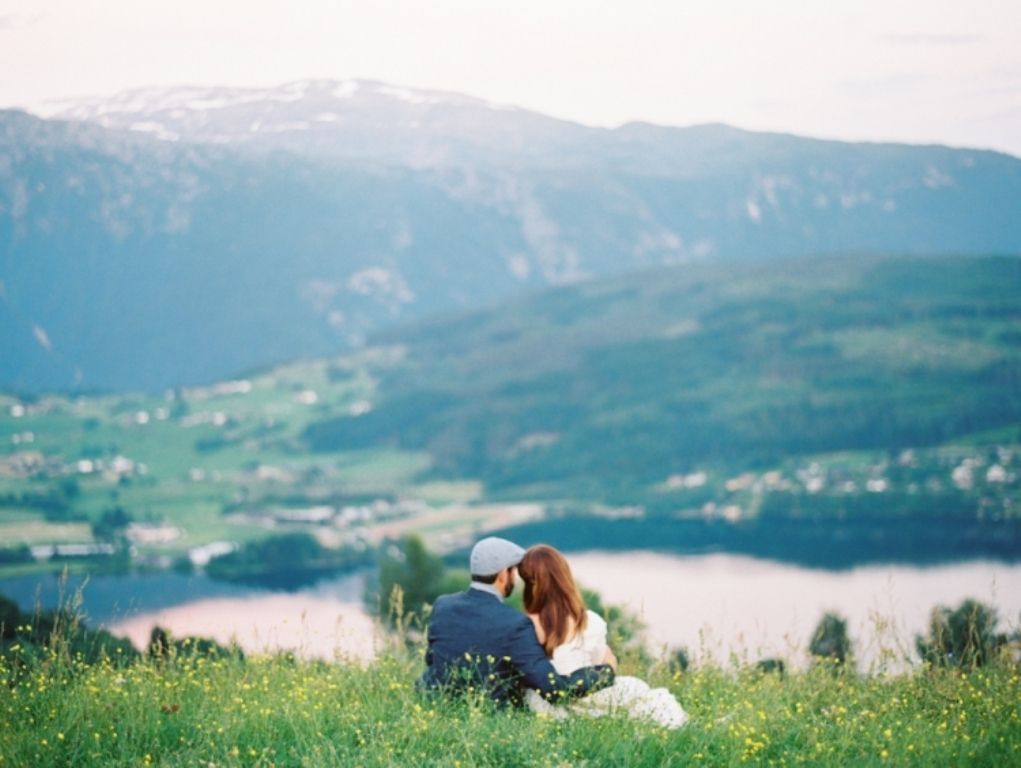 Long forgotten, the art and technique of film photography is coming back. Especially in wedding photography, where some photographers believe the film captures a more raw and natural beauty of the special moments. Some say it's expensive, some say it's unpractical but there are also some couples that proved this classic way creates a more beautiful vintage vibe to their wedding album. So, we invite you to learn more about what film photography could offer with side-by-side comparison of digital photography that also has its own positive points. Read on below.

In this era, digital photography is the most-preferred method for taking pictures. It's efficient, it lets you see the previews of the images, allows you to take as many pictures as you want with minimal storage and makes it possible for you to edit the result. Although many say that digital photography can't give natural results like the way film photography offers.

It's said that digital photography is all about technology while film photography emphasizes on chemistry. Shooting in analog doesn't allow you to see the preview of what you just captured; it does give an exciting experience to the user as film photographers have to know the importance of golden hour ─ the period after sunrise or before sunrise where the light is redder and softer ─ when taking the pictures.

When talking about the risks involved, both methods have their own risks that every photographer should be prepared for. For film photography, the risk is more about human errors, such as having your film get lost when sending it to the lab, or getting the film damaged due to direct sunlight exposures. There are other possible problems you may encounter such as when films aren't loaded properly, the films being developed with wrong chemicals and temperatures, or getting scratched in the process. With digital photography, you're more likely to encounter technical errors; there's always a risk of corrupted memory card or technical troubles occurring when transferring the photo to be digitally edited.

For black and white pictures, using film is better as it's more forgiving to overexposure— a result of having too much light causing the photo to be too bright. Film photos will show a more natural skin tone, a soft and tender impression to the finished prints. While digital sensors are made up of millions of tiny pixels to produce an image, film photography doesn't split up in a linear way, hence giving better blends of lights and colors. Film is a good choice for an outdoor wedding, but you have to remember to take the photos before nighttime.

Digital photography is the winner for taking low light photos. Films won't allow you to have results as excellent as digital photography when dealing with this situation. Digital photography allows a flexibility to capture special moments. As no one can predict an unintentional, perfectly timed photo when snapping a picture, the freedom in digital photography can easily allow this even when you change wedding locations. But digital imaging tends to have higher sensitivity in over-exposure and doesn't capture white colors well compared to film. If you plan to have an indoor or night-time reception, then, digital photography would be the best option.

This is probably the biggest disadvantage you'll have to face in choosing film photography. Every shutter pressed has already cost you. Thus, film photographers tend to limit the number of pictures taken using the amount of film rolls they intend to use. Your final price will mostly be determined by this quantity too. In relation with digital documentation, thanks to today's technological advancement, your film photos can still be available in digital archives for your file-keeping convenience.

With digital shots, you won't need to worry about the number of photos taken. As this number depends on the capacity of the memory card that can always be re-used, the price you're charged will mostly depend on the number of photos you'll get in print. The pictures will be transferred digitally in drive or disc. The more pictures you got the more various results you would have. The advantage is that you'll have more choices and you get more for what you pay, but the drawback is sometimes the pictures taken are so many that it frustrates you to choose which pictures you'd like to keep and print.

In digital photography, you could have any style you like not just the special tenderness film photography offers. Pictures taken digitally could have a glamorous, romantic, or even cinematic touch to it. As it deals best in low light and any other typical situation, the flexibility and the unlimited shots you get tend to cause more 'throw-away' pictures.

For film photography, the processing time actually takes longer than digital. After the shots are done, the photographers need to send the rolls to a trusted lab and it takes about at least 4 weeks to get the results back. Within that time, you won't be able to get any hints or previews. The good thing is that film photos don't require much editing, so that compensates your waiting time.

This is probably one stand-out factor in digital photography. You can have sneak-peeks of the shoots right after the shot, just seconds away, even. Although digital has a shorter processing time, it requires more editing time; not to forget, more time in selecting which pictures in which specific style as there are numerous shots taken in a given wedding. If you find yourself in a busy wedding-packed season, you could have a longer wait as your photographers will be busier. So in this term of waiting and editing time, it's fair to say both methods have their own procedure that compensates one another. In the end, you might end up with the same wait time.

Things to Remember to Decide on a Film Photography Method

Do: your research first

Do: trust your photographer's skills

Choosing the method of film photography means you trust your photo result in the hands of the skillful photographers you've hired. Taking pictures the analog way is definitely not an easy task as there aren't previews of the picture you just took a second ago. Hence, you won't be able to adjust the color tone or exposures that satisfy your criteria. So, choose and decide carefully when you opt for film photography in your wedding.

Do: have some patience in waiting for the results

There's no preview and you will not be able to see the pictures taken for a few weeks as they need to be transferred. If you're not the patient type, then we suggest just go for the digital photography that will allow you have your pictures transferred and uploaded instantly. With digital photography, the issue is the editing time your photographer requires, but if you really can't wait, they could send you some unedited previews right away.

Just because film photography is currently the cynosure, it doesn't mean you need to push your budget for it. As wedding documentation is the one most important aspect for you to cherish the wedding moments afterwards, whether film or digital wedding photography you pick, you need to remember that the photographer you choose has to be able to represent your style and aesthetics well. Another tip from a professional film photographer, is to remember the only thing that matters in taking pictures is that the couple has to be themselves, not merely trying to following the trend as it'll ruin the real chemistry between when they're busy replicating others' style. Hence, the key to good wedding photos clearly depends on you as a couple and the skills of the photographers themselves, not the medium they use.

Don't: be shy to ask around

It's not wrong to ask as many opinions as you can, especially from those who with the experience of having film photography for their wedding. Learn from them on what you should and shouldn't do when choosing this method.

The quantity of pictures is the main concern when you decide to use film photography. So, always negotiate this matter with your photographer, who knows you could get more pictures with paying the same price. 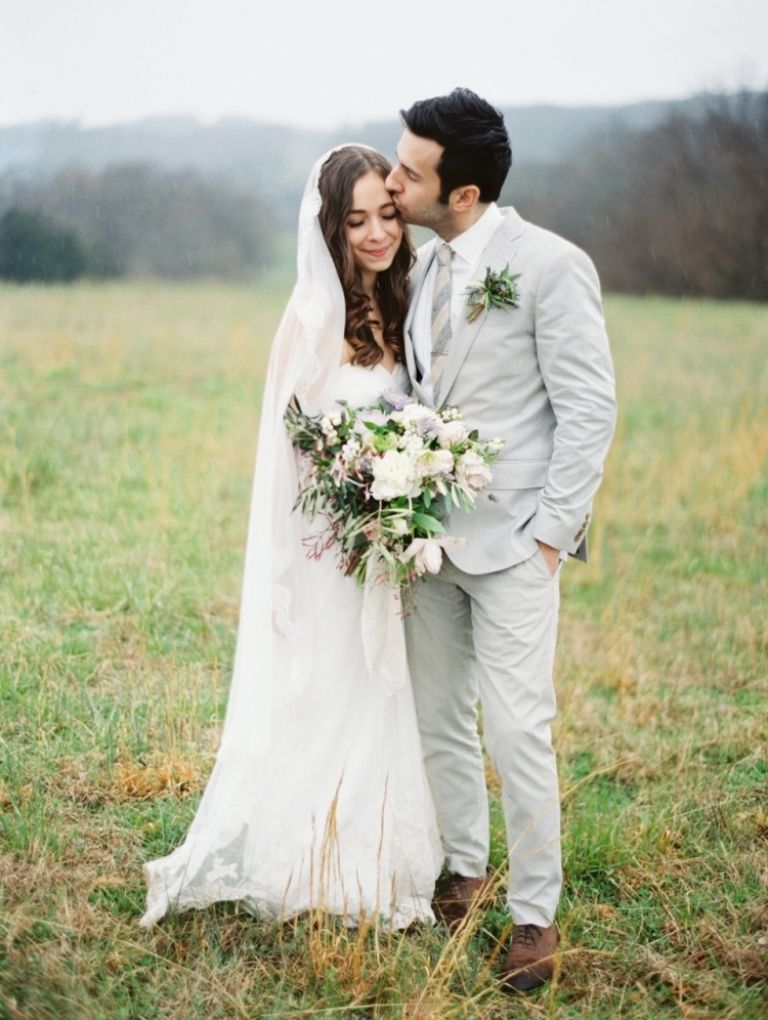 The Top 4 Film Photographers on Bridestory


Finding the skilled film photographers might be quite difficult, but don't worry, we have some top-notch wedding film photographers on our comprehensive vendor list that you can easily contact. Take your time to read about their portfolios down here and get in touch with them to ask any inquiries.

When you’re looking for film photography that will still grant you vibrant yet soft-grain images, then Didet Tham should be your choice. Believing that film photography is identical with warm skin tone colors, Didiet Tham will embrace your love celebration with an amazing tone of bolder colors. Just like his motto, “Photographs remember little things, long after you have forgotten everything.” Price: starts from Rp. 12.000.000,-

How to Economically Include Film Photography in Your Wedding

Overseas or out-of-town engagement shoot will cause you to pay more as you need to allocate more budget for the photographers' accommodation and travel expenses. Find interesting places in your hometown and make the best of what you've got there. Another idea is to have a casual and romantic themed photo; this way you can save up for the dress and bridal makeup you need for the glamorous look on your wedding.

Every photo package mostly consists of printed photos, if you happen to have the budget to let your photographer apply their skills in developing the pictures then it's great. But if you're on a tight budget, try to cut your expenses by declining the printed photos and the personally designed photo album photographers usually offer or simply ask them to develop several of your favorite images and print the rest yourself.

4. Be flexible with your time

This last tip is for those of you who aren't really strict with getting married or taking engagement photo on some particular date. You might not be able to adjust your wedding date with your most favorite wedding photographers' schedule, but you can be more flexible for your engagement shoot. If you plan to have an overseas or out-of-town photo session, ask their schedule first, who knows you can find a matching schedule without incurring any additional travel fee as they'd already be at the destination. 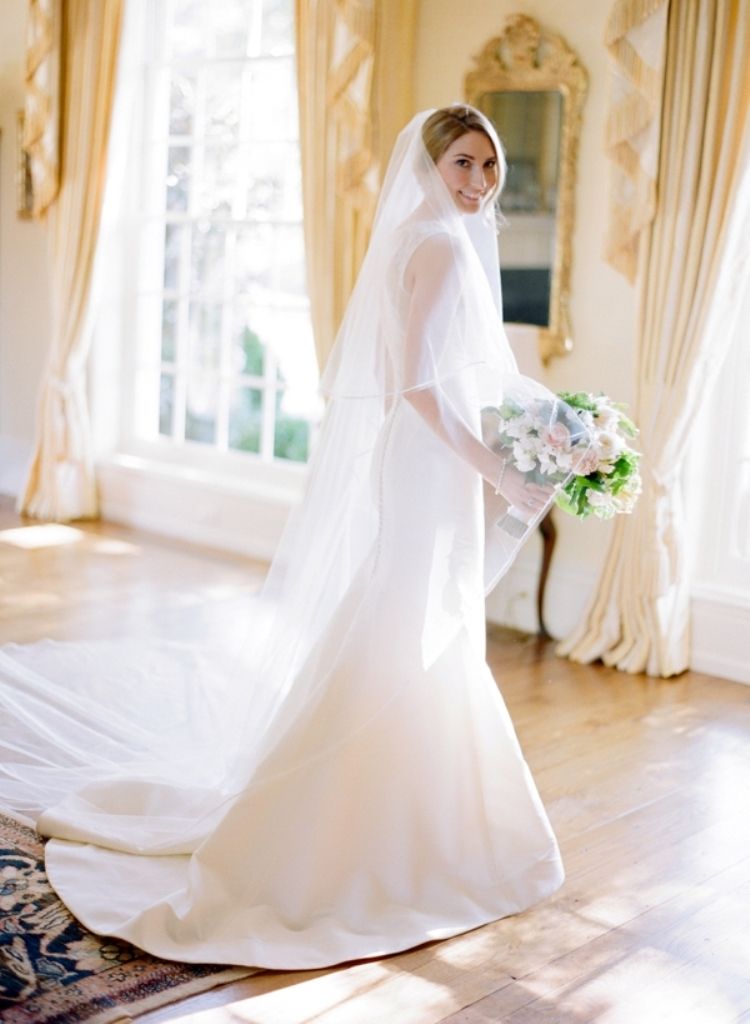